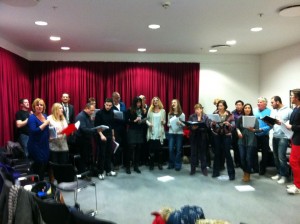 The “original” Single Singers! 24 singers from seven countries – UK, USA, Italy, The Netherlands, Sweden, Norway and France – got together online to learn five songs together. Each of the singers was going to the festival alone or at least without the rest of their respective vocal groups.

The Single Singers had two rehearsals, one try-out during the panel discussion about the Global A Cappella Community and one Single Concert, after the Grand Finale show of  The Swingle Singers & friends. 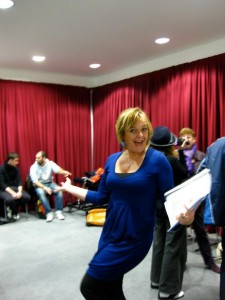 Emily May at the beginning of the first rehearsal!

More about The Single Singers at LACF2012: 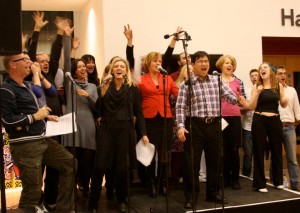 The final chord of the performance - photo: Ashley Bess Lane