By Armando Guillen
When you plan a trip, no matter where….you are open to live new experiences, but it’s inevitable to create some expectations in any field. I traveled 9600 km 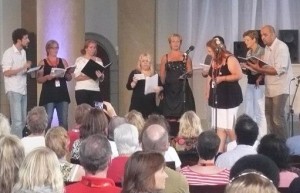 , from my city Mérida in Venezuela to Stockholm, and I was expecting a lot and nothing at the same time. Later I realized that I was privileged not only for living in total consciousness one of my dreams, but to feel connected with a bunch of incredible nice people, and we connected in the best way possible and that’s singing…… That was only possible because of the Single Singers, that’s one of the best choices to keep you grounded, focused, and hunger for the love of music….. Thank you girls, thank you everyone in the Single Singers family……..

By Emily May ‘t Hoen
We are SO excited!! 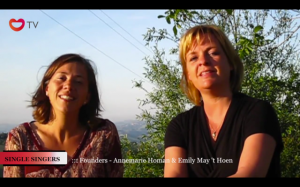 In less than four weeks the next edition of The Real Single Singers will take the stage in Stockholm. We were very honoured to be contacted by Peder Karlsson himself, asking if we would take our idea to The Real Group Festival 2012.
We didn’t hesitate to agree!

After our first Single Singers adventure at the London A Cappella Festival, organised by the Swingle Singers in January 2012, the Single Singers concept has already travelled to the States. Nick Girard (House Jacks) who took part in London, organized The Pick Ups in Los Angelos (LAAF), Boston (BOSS) and Washington (VoCALNation). And Jonathan Minkoff’s girlfriend Judy Fontana did a Single Singers (DC) edition.
That means that more than 200 singers have already enjoyed the Single Singers experience. How great is that!

And now we, me and Annemarie, are organizing The Real Single Singers for The Real Group Festival and the amazing amount of over 70 singers from all over the world have enrolled to join us.
All these singers are (a bit or a lot) experienced a cappella singers. We are very honoured that Nick Girard has written an incredibly beautiful arrangement especially for us. In total we’re going to perform 4 songs on Sunday, as the final concert! I think Annemarie and I are not only very excited but also a little nervous about all this.
This is the second time we are organizing The Single Singers. All we wanted was to sing at
the festival and not be alone, and look where it got us haha!

“Our” singers are active in the Real Group Academy virtual classroom and on facebook, introducing themselves and having conversations among each others. It’s so fantastic to see their enthusiasm and involvement!
Besides the big choir we have decided to form two small groups of ten singers (the
Jazz group and the Pop group), that are each going to sing two extra songs. The
arrangements are now accessible to all singers in our classroom on the website of The Real Group Academy.

Now the studying can commence!